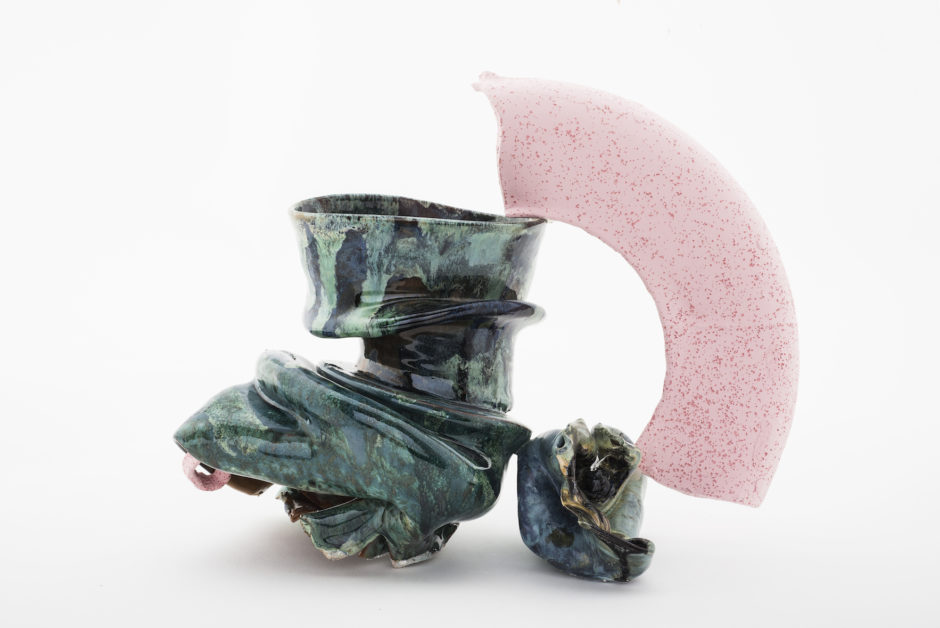 Heidi Bjørgan (b. 1970) is graduate with an MA in Ceramic Art as well as Creative Curating from Bergen Academy of Art and Design, Norway, and also Konstfack, Sweden.
“I am making pots for art’s sake, God’s sake, the future generations, and for my own satisfaction,” claimed the eccentric American potter George Ohr (1857–1918) more than a century ago. One of Ohr’s goals was never to make two identical works. As a consequence, terms like perfect and uniform became meaningless. Ohr has had a decisive significance for Heidi Bjørgan, and just like Ohr she challenges the ideas of what a potter may be by “deleting” all traces of acquired professional skills. She invents new techniques which bring about new effects. In principle her method consists of doing all the things that in theory should be impossible. The objects may look as if though they have melted and imploded in the kiln and the glazes are dynamic and expressive. Every object appears as an unlikely combination of a familiar, yet deformed utility article and what many would have called clay leftovers or trash which meanders about the main form.
Bjørgan has exhibits all over the world and has been represented at important art fairs like Collect in London, Artgenève in Genève and NADA in New York. She took part in starting Nordic network for contemporary ceramics and has curated shows like Ting Tang Trash and Beyond G(l)aze at KODE in Bergen.
Her work is included in National and international collections like The National Museum in Oslo, Nordenfjeldske Kunstindustrimuseum in Trondheim, the Ministry of Foreign Affairs, KODE in Bergen, and V&A in London, and several private collections around the world. 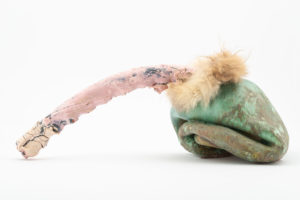 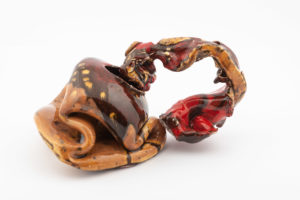 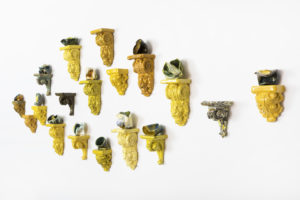 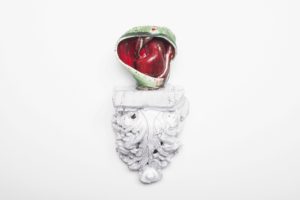 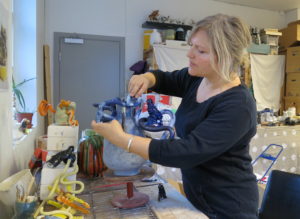