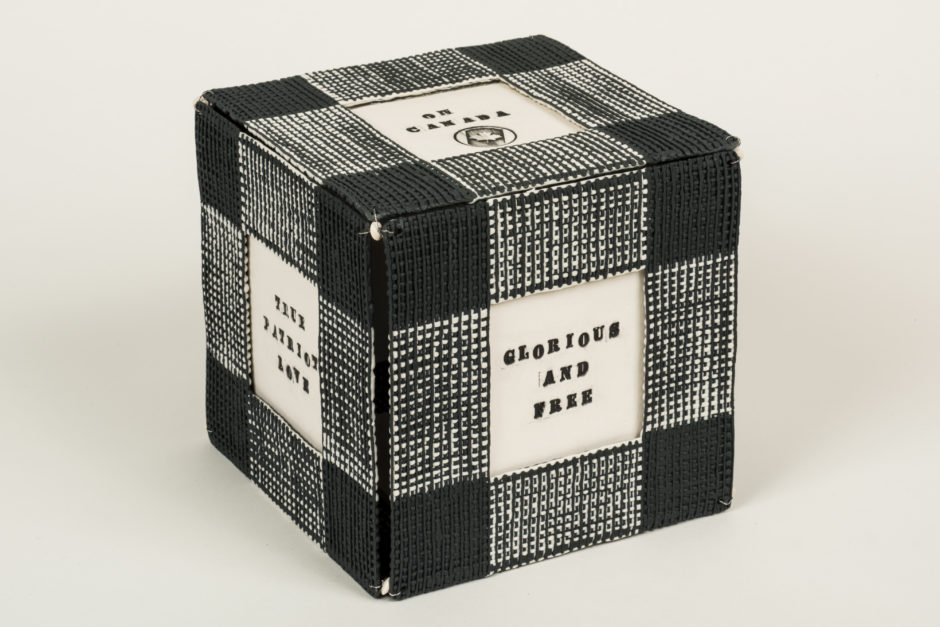 My work has long been inspired by the patterns and motifs drawn from the intricate quill and needle work of indigenous Mi’kmaq and women’s textiles, such as quilts, hooked rugs and embroidery. I am also influenced by women’s central role in Western textile history, and by my mother’s involvement in the British yard goods industry earlier last century.

My new series of boxes merge the techniques of textiles and clay, decorative surface and form. Through a complex process, I am able to duplicate woven fabric in porcelain. I am, in essence, weaving the slip, with a warp and a weft.

By combining techniques used in ceramics and textiles I am creating vessels that push the envelope of traditional ceramics. They challenge the notion that ceramic pieces must always be functional. At the same time, they awaken the viewer’s curiosity. The fabric texture of the porcelain, combined with the woven slip, tricks people into taking a second look. They invite the viewer to wonder ‘what’s inside the box?’ The boxes connect conceptually to the hidden potential of Pandora’s Box, and the black box of an aircraft – influenced by my pilot father, who was shot down during World War II – as well as the Perspective Box by Dutch artist Samuel van Hoogstraten.

The box is a potent metaphor for women in ceramics. It is the perfect vessel for containing what we cannot control, and for putting a lid on strong emotions. My porcelain boxes utilize the feminine principal of containment and enclosure. “Black Box” is a term used for something that is mysterious, especially as to function. In these boxes, I have embellished the external in an ambiguous way and left the inner workings to the viewer’s imagination. 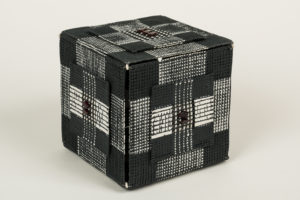 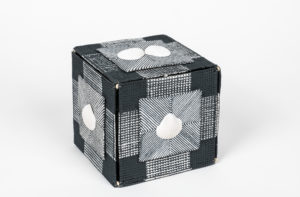 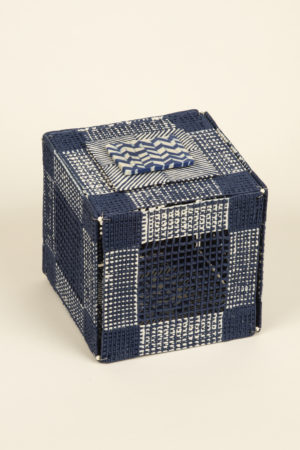