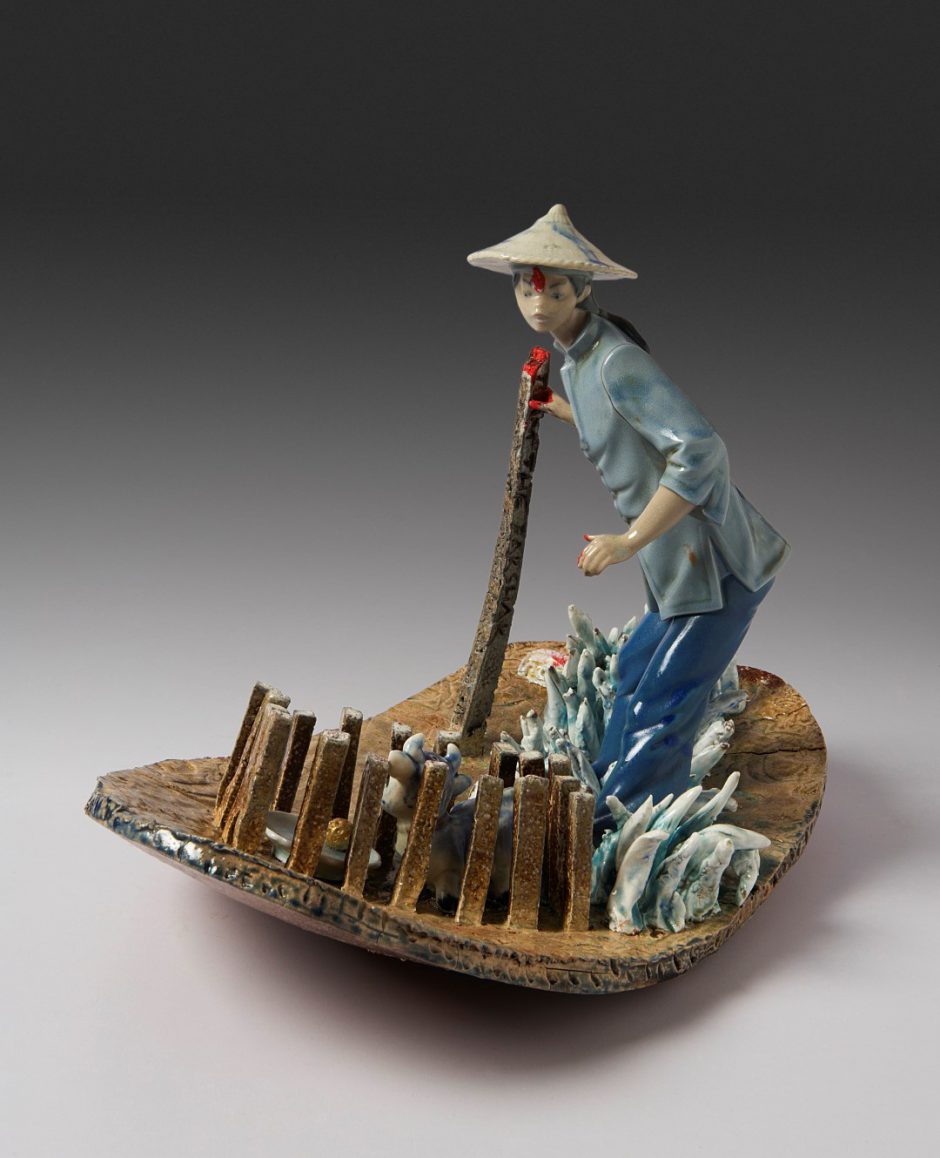 Writer’s CV reads like a travel retrospective. Wander-lust is what he says takes him across the world for invited residencies, workshops and exhibitions. Adil has a Master’s degree in architecture from the University of Houston, Texas. He worked in Bombay as an architect before reaching Golden Bridge Pottery to learn ceramics. Since 2000, he is a partner at Mandala Pottery in Auroville where he strikes a fine balance between making functional tableware and his own studio-ceramic work which is usually soda/wood-fired. Mandala Pottery is currently one of the forerunners of handmade functional stoneware in India.
Writer’s ceramics and large-scale unfired clay & acrylic paintings have been showcased at several solo and group exhibitions internationally. In 2013, Writer was instrumental in arranging a residency for a group of 18 Indian ceramists to Fuping to make works for the proposed Museum of Contemporary Indian Ceramics in China. Later in 2014, he organised a residency for another group to Korea. In 2018 Writer’s 20 feet long unfired clay barcode was featured at “breaking Ground”, India’s 1st Ceramics Triennial in Jaipur.
At Shigaraki, Japan, Adil culminated his three-month invited residency with a solo show titled “Himitsu Te Uso”, the same year his works were at three other exhibitions in Japan. Adil’s works from Shigaraki were later exhibited at Gallery Art & Soul, Bombay, titled “Secrets & Lies”. He also featured in “Six by Six: Interpreting Craft in Gondwana”, a path-breaking Indo-Australian show at the Australian Triennial in Canberra. This spirit of dialogue led to “In Collaboration” with celebrated artist, Laxma Goud, at the iconic Pundole Art Gallery in Mumbai.
Writer has curated (& co-curated) several exhibitions all over India. His latest curatorial collaboration has been Quartz Inversion with Janet Abrams, which showcases the works of over sixty artists working during the Covid pandemic, www.quartzinversion.com 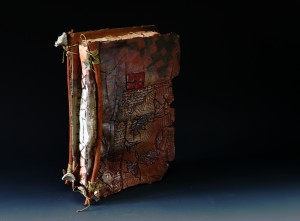 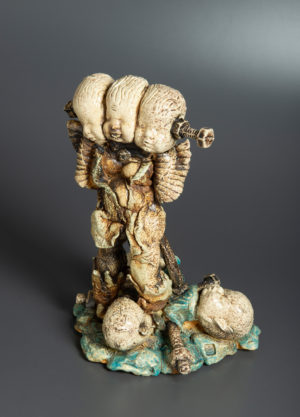 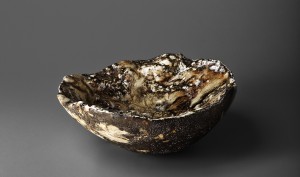 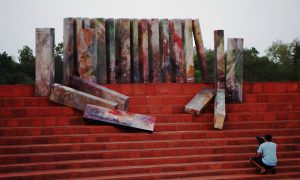 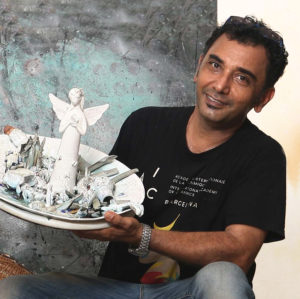