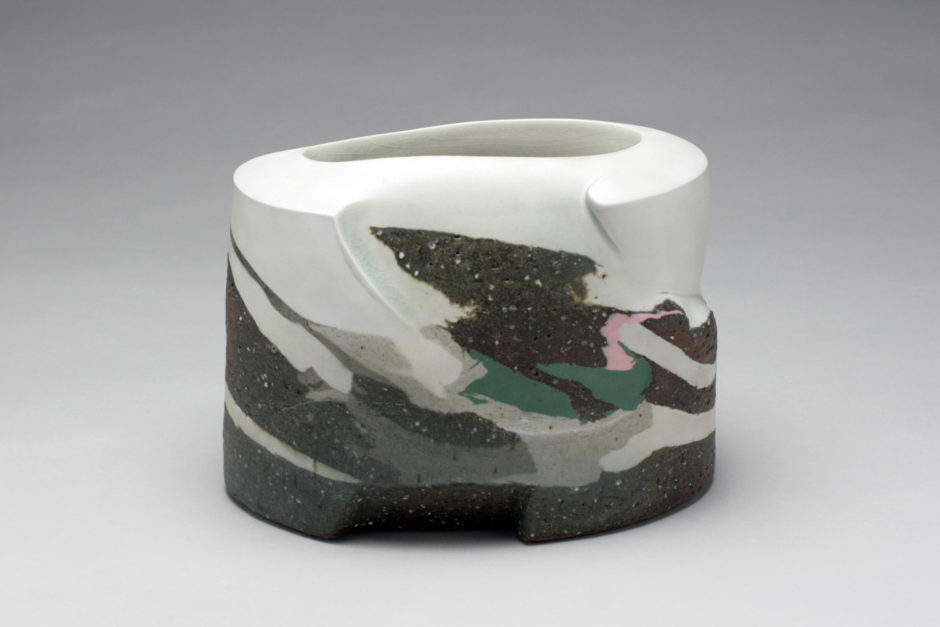 Les Manning spent most of his artistic career in his home province of Alberta, Canada and was instrumental in promoting crafts, especially ceramics. Formal recognition of his contribution to Canadian ceramics was capped when in 2011 he was named a Member of the Order of Canada, and then awarded the Queen’s Diamond Jubilee Medal in 2012.

Though international in influence Les Manning’s art remained true to Alberta. His love for the Canadian Rockies as a subject are renowned. Mountain landscape vessel forms are his best known creations, multi-layered works that play with space, light, colour and surface.
In his more recent years Les Manning explored dramatically new sculptural directions with frequent references to modernism, often drawing on memories of his youth. New colours, simple, stylized forms – rounded, cut or planar – express a deep inner expression of which few had been aware. 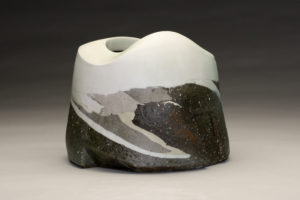 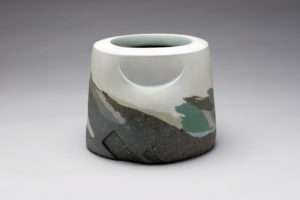 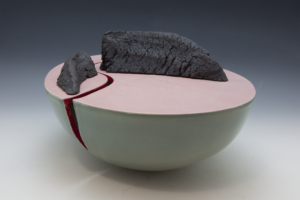 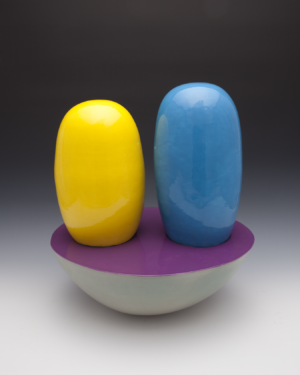 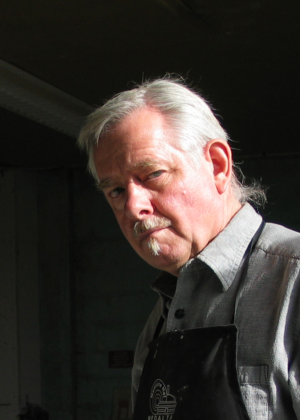