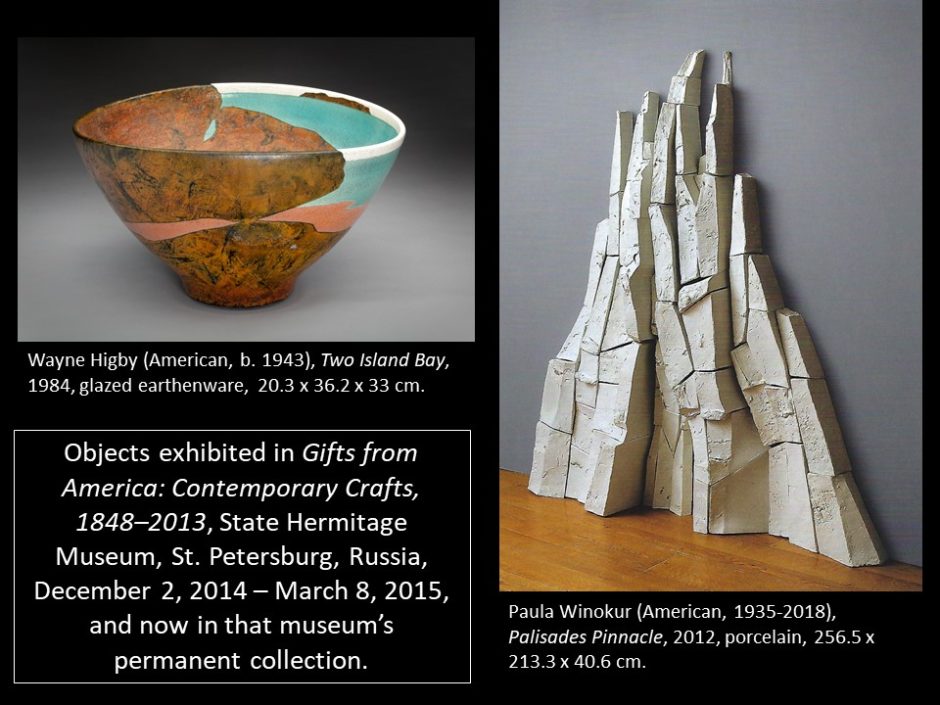 Helen W. Drutt English (Helen Drutt) was Founder/Director of her eponymous gallery in Philadelphia, Pennsylvania (1973–2002), which was among the first galleries in the United States to make a commitment to the modern and contemporary craft movement. In 1973, she developed the first syllabus for a college-level course in the history of the field. Among the seminal clay exhibitions Drutt has organized are “Ten Potters” (1971);
“Seattle: USA” (1971); “Another Cup Show” (1973); the first two exhibitions of contemporary tureens (1976, 1983) for The Campbell Museum; “Contemporary Ceramics: A Response to Wedgwood” (1980), and “Poetics of Clay: An International Perspective,” which opened at the Philadelphia Art Alliance (2001) before traveling to the Museum of Art and Design in Helsinki, Finland (2002) and the Houston Center for Contemporary Craft in Houston, Texas (2003). Drutt has built a permanent collection of contemporary crafts for The State Hermitage Museum, St. Petersburg, Russia, which includes ceramics by Claudi Casanovas, Anne Currier, Wayne Higby, Rudolf Staffel, Toshiko Takaezu, Paula Winokur, and Robert Winokur, among others. She is currently building collections for the National Museum of Sweden and the Ilias LaLaounis Museum of Jewelry in Athens, Greece. The Helen Williams Drutt Collection of international studio jewelry has been exhibited throughout the U.S. and internationally. In 2002, 800 works entered the permanent collection of the Museum of Fine Arts, Houston. Drutt has received numerous awards and three honorary Doctorate of Arts degrees, from the University of the Arts, Moore College of Art, and from Alfred University for her contributions to ceramics. She is a trustee of the Archives of American Art, Smithsonian Institution; Fellow of the American Craft Council; and a recipient of the Distinguished Educator’s Award 2018, James Renwick Alliance, Smithsonian Institution, Washington, DC. 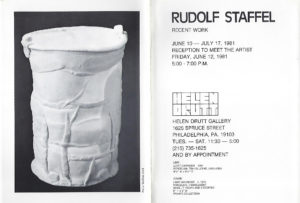 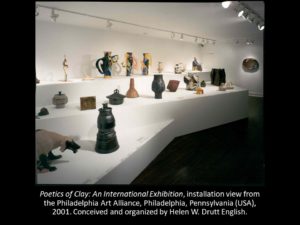 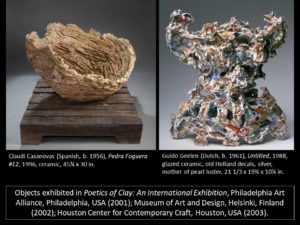 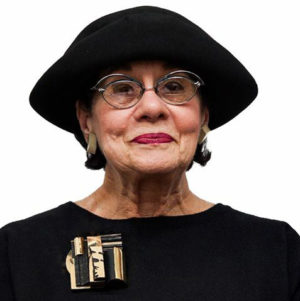