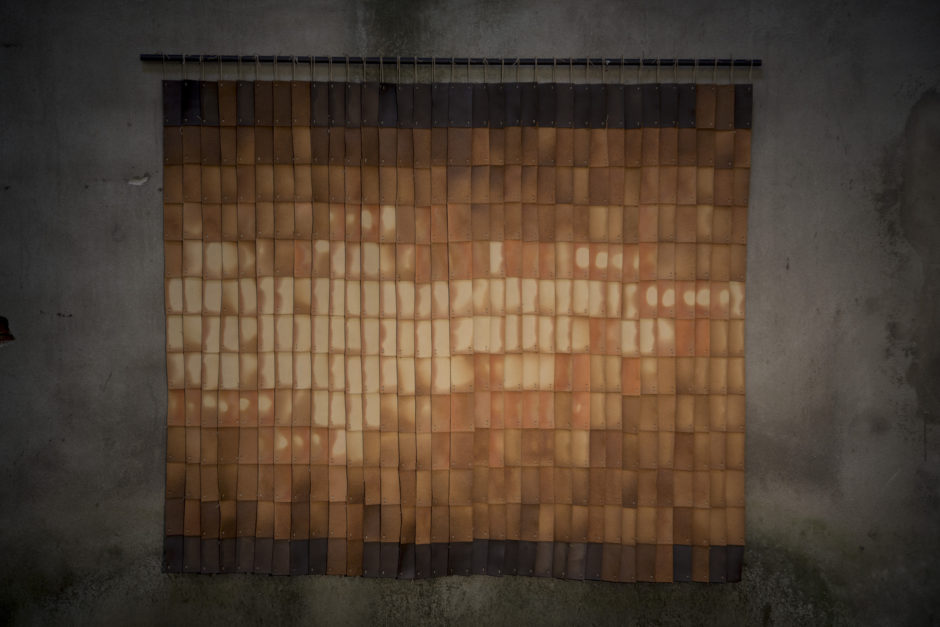 Yola Vale was born in Espinho, Portugal in 1975.
Graduated in Sculpture from the University of the Arts of Coimbra, has dedicated her work to contemporary ceramics since 2001.

Since her academic training, Yola Vale has been exploring different techniques, working with different materials, but none really adapted to her hands and to the characteristics she sought in her works. Too stiff or cold, that pieces lost subtlety. Only the ceramic would eventually allow the creative outcome she looked for.
For the artist, clay contain the history of time!
She specialized in Raku, there is something sacred and timeless within this technic, she said. With Raku, Yola Vale created objects, sculptures, murals and public works.

By 2013, the artist’s work is witnessing an esthetic and philosophical shift.
Yola Vale designs a series of large format murals, entitled “Suspended Fragments”.
Excluding the figurative registers and putting aside the traditional formats of ceramic panels, the artist creates organic and geometrized surfaces, where each element occupies a specific space, and its absence would unbalance the whole set.
Yola Vale elaborates simple forms, organize them like modular sequences with sensitivity and rhythms, creates unexpected voids, breaks and tears the substance and tries to define a new language in the way of producing and understand the ceramic index.
Its starting points are the most varied as possible, seeking inspiration on voyages or simply in the nature. She worries about real-world problems, reflecting and seeking to materialize his doubts and concerns in her own work. 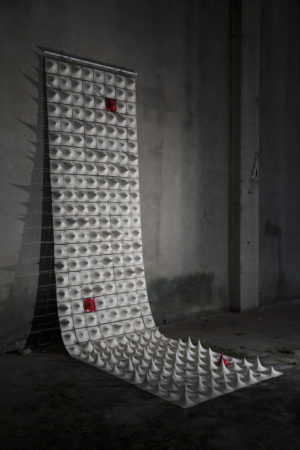 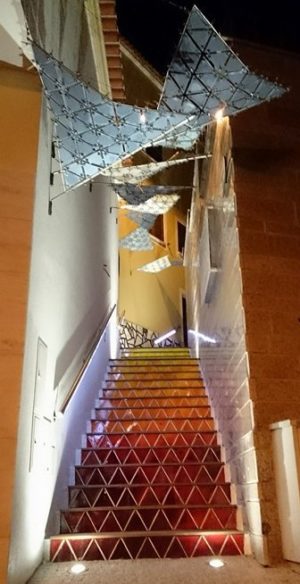 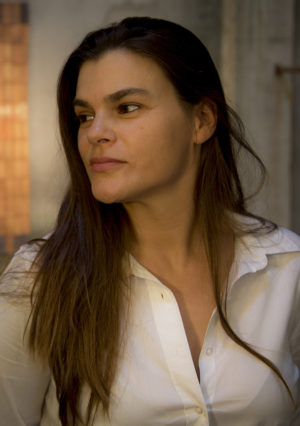