Born in Montreuil, France, in 1987, King Houndekpinkou is a Franco-Beninese ceramicist who lives in Paris. He works in France, Benin and Japan.

In 2012, King traveled to Japan for the first time and discovered the “rough beauty” of the wood-fired potteries of the Roku Koyō (the six ancient kilns of Japan). Following his discovery, King returned to Paris and started to train in ceramics, while visiting Bizen each year to refine his skills beside local potters. There, King was seduced by his friends’ ceremonial approach to creating ceramic works, which seemed influenced by Shinto and animists beliefs. Most importantly, that particular posture was reminiscent of the Beninese animist cult of Voodoo.

Following that epiphanic experience, King developed ‘Terres Jumelles’, a program consisting in fostering cross-cultural dialogue between Benin and Japan by creating bonds between local ceramic practitioners in both countries. To him, this life-long project is an attempt to demonstrate how the field of ceramics can act as a catalyst in promoting cross-cultural understanding and peace dialogue between cultures and countries.

Today, King has developed a practice that merges tradition, spirituality and visceral creativity while crossing several “borders”, whether they are cultural, geographical, generational, disciplinary, technical or historical. Mainly based on the vessel shape and sculptural clay works, King’s practice involves blending materials from all continents. Though built on strong and proportionate shapes, his works seem disfigured by a surcharge of clay and lively textures that emulate the aesthetics of the Voodoo altars and fetishes of Benin. 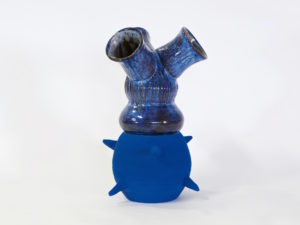 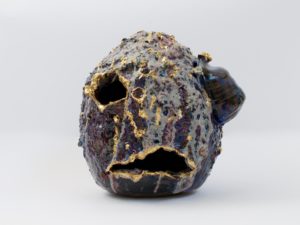 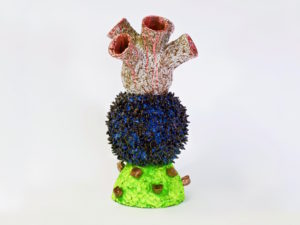 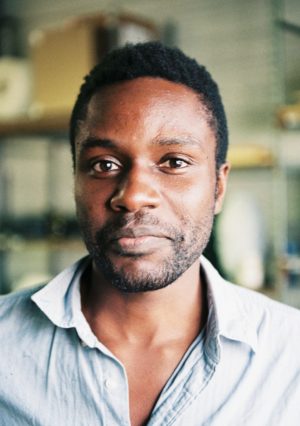