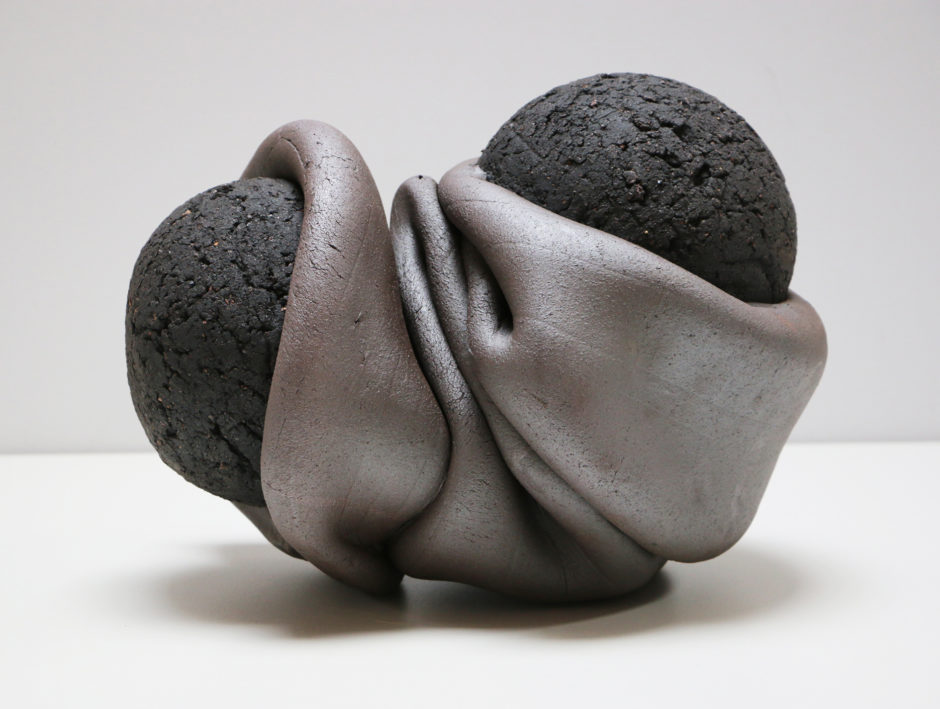 My ceramic sculptures deal with movement in space, the body’s displacement and the materiality of clay. I seek to reach something quite archaic, unnameable perhaps, a reminder that we once emerged from the sea and are still mostly liquid, that we are fluid beings and remain in constant motion. Almost all living organisms require the movement of liquid to grow, however minimal that might appear from the outside.
My relationship with clay is very physical; lifting, pushing, and folding the clay, working from the inside out, so the walls become skins and the forms, while remaining abstract, appear to have an inner life at once familiar and strange. The act of making is a dialogue with the clay, where neither the maker nor the matter is completely in control; my hand rarely leave its mark, it’s the energy of the action that rests. Worked when the clay is wet and malleable, the pieces retain an appearance of softness and fluidity; however I have often seen people involuntarily touch them to confirm that they are indeed transformed by fire to stoneware. The dense clay twisted and deformed by pressure, once dried, has a minimal contact with the ground, emphasising the feeling of weightlessness and motion. It is looking for the balance in these dualities that keeps me constantly searching.
I work with heavily grogged earthenware and stoneware clays, often highlighting the irregularities with white slip and firing with heavy reduction. My work encompasses sculpture, site specific installation, and performance; using found earth and fired clay alike.

I have exhibited widely in France and Britain, and also in Germany, Switzerland, Spain, Japan, Canada, Hong Kong, Australia and the USA. 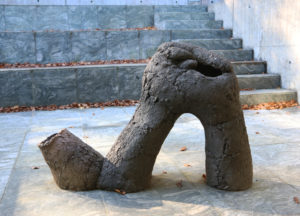 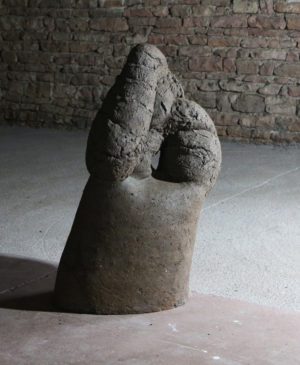 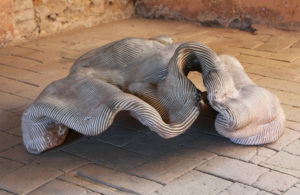 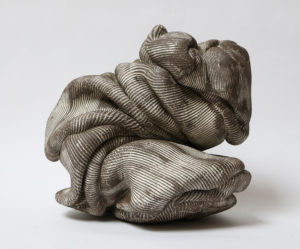 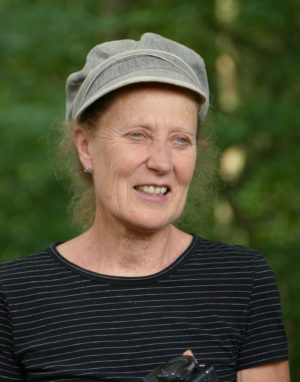