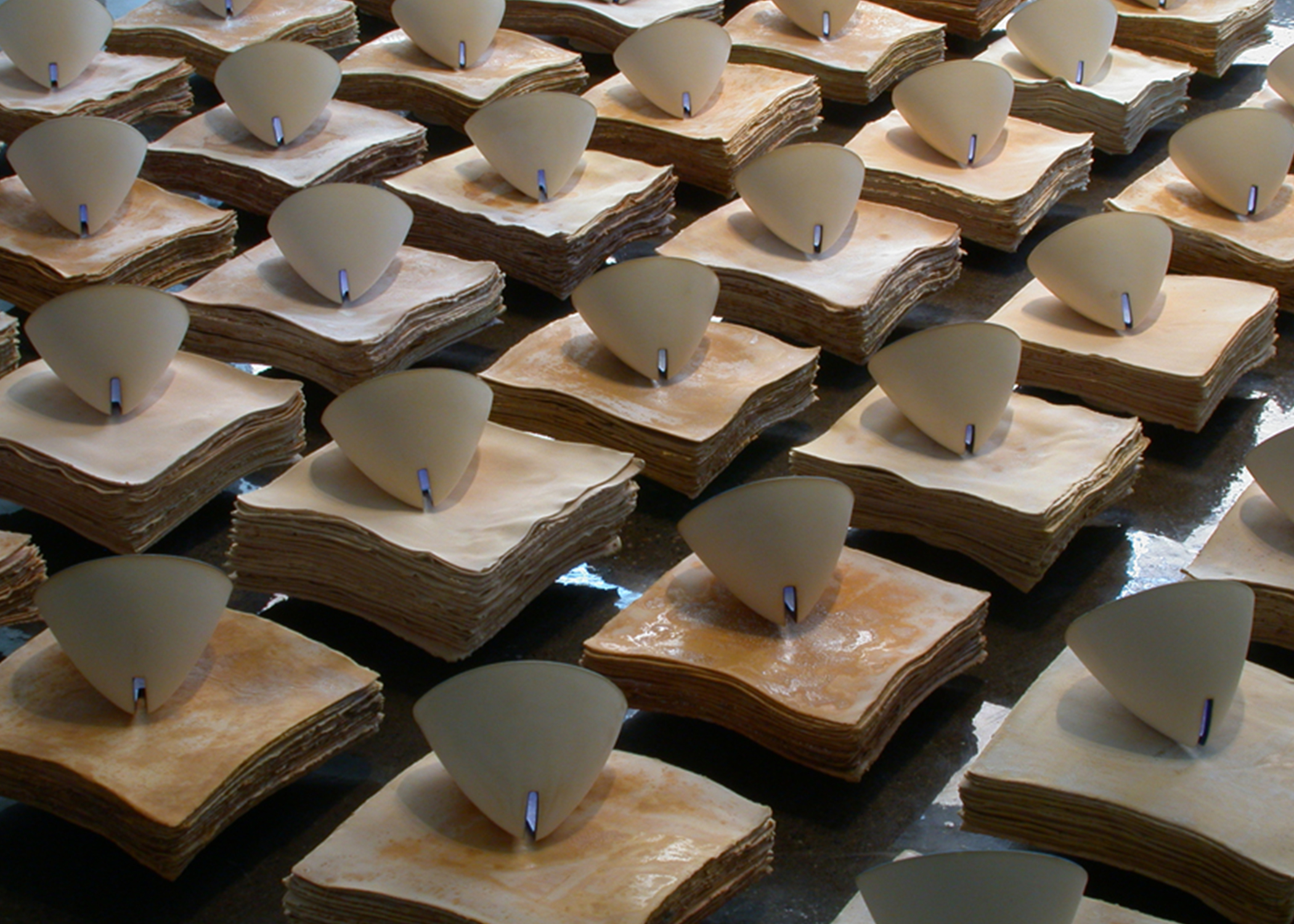 Working in the interstitial zone between functional craft-based and sculptural genres, I deal with strategies of attraction by using light to attract and locate the viewer, to provide an unexpected sense of discovery, and to address notions of conceptual and intellectual illumination.

In my current work, I construct evocative ceramic forms that capture, transmit, obstruct, and redirect light in order to exploit its many qualities through an ongoing exploration of materiality and vision. Without depicting a specific event, object or place, I aim to deliver a sense of the sublime in order to capture and hold the viewer’s imagination.

Recent residencies in Jingdezhen, China have allowed me to explore new material possibilities delivered through innovative technical processes such as physical vapour deposition (PVD). This allows for a thin layer of titanium to be transferred to the work in order to create a lustrous surface that can be used to control parergonal light effects. In natural light, the reflection can transform from a small glimmer to a dramatic arc that activates large portions of the wall; in a darkened gallery space, focused artificial light may be used to illuminate such pieces and exploit areas of surrounding darkness. Such captivating surfaces are used to explore notions of the ephemeral through the creation of a drawing in light and shadow that extends beyond the confines of the physical object.

I hope that these artworks may act as a trigger to recall the drama of the Aurora Borealis and the beauty of the long Canadian winter nights. 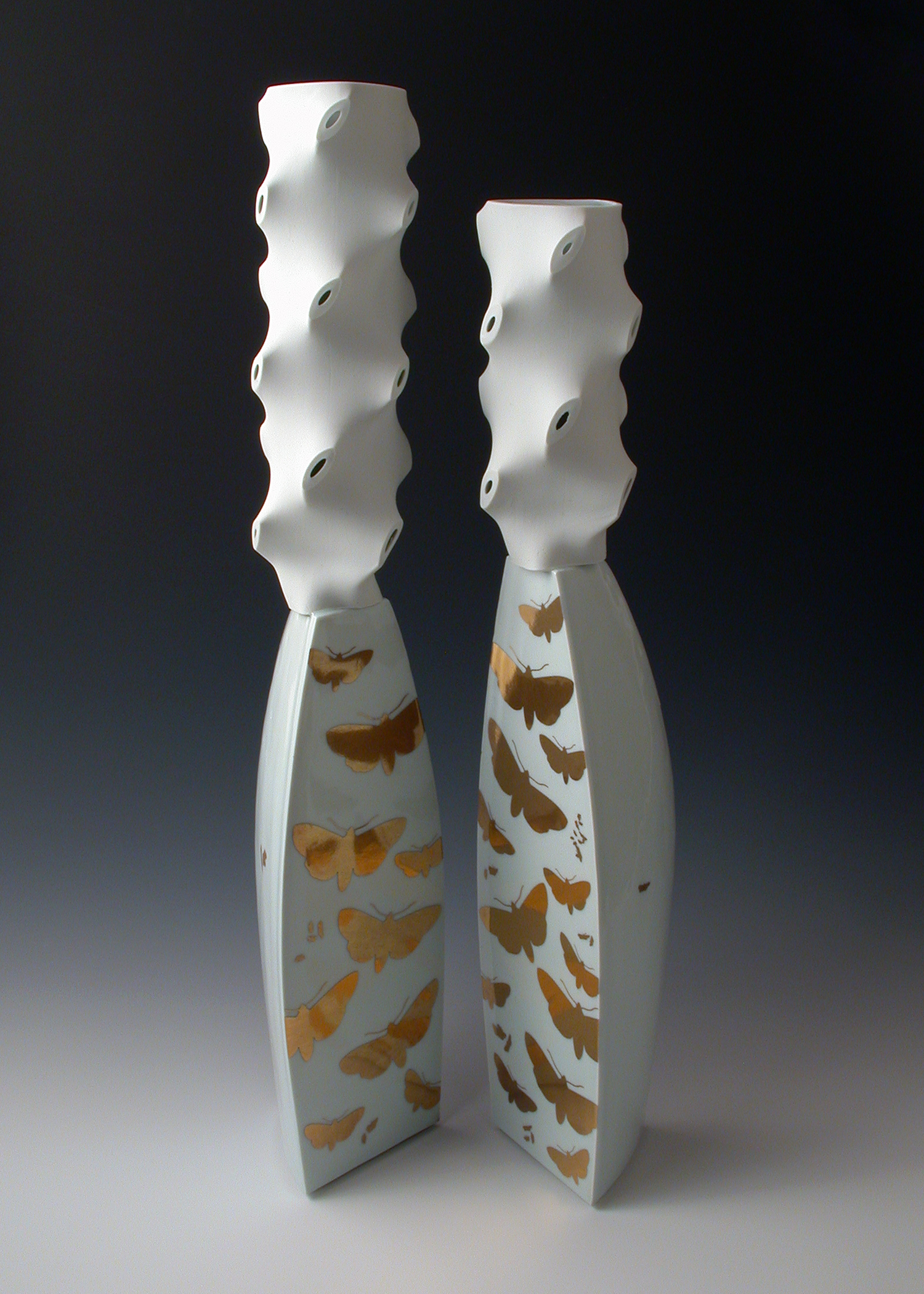 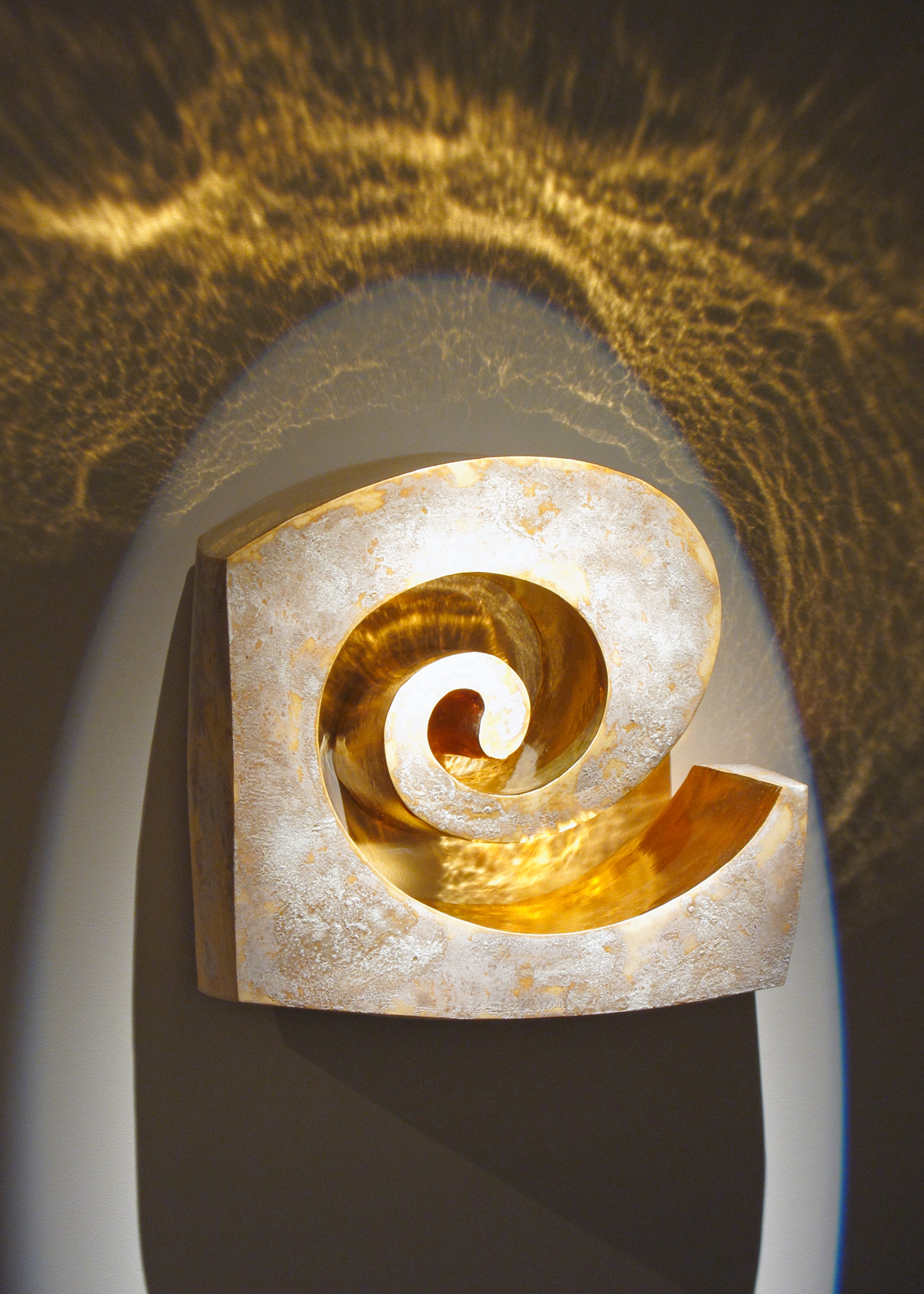 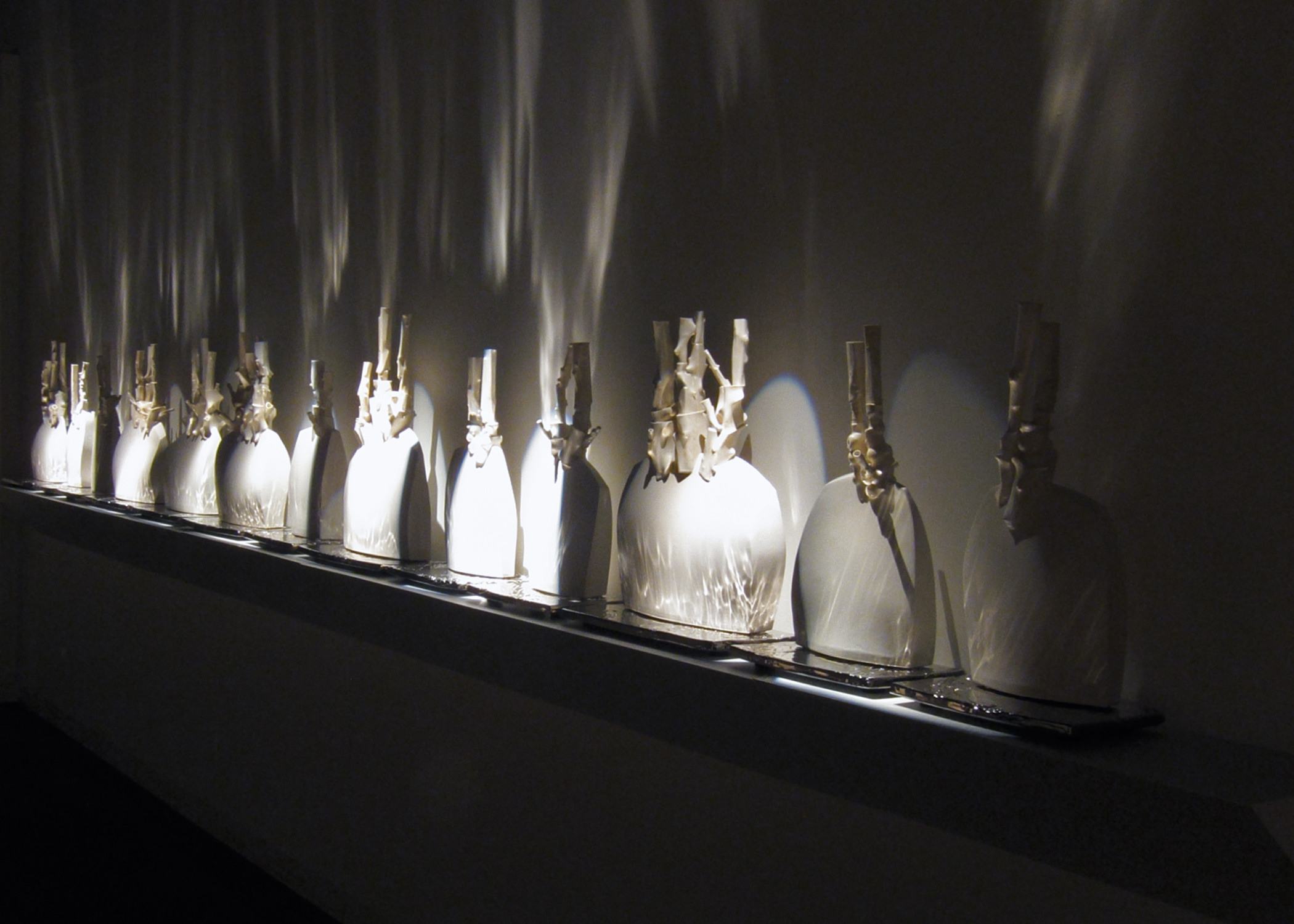 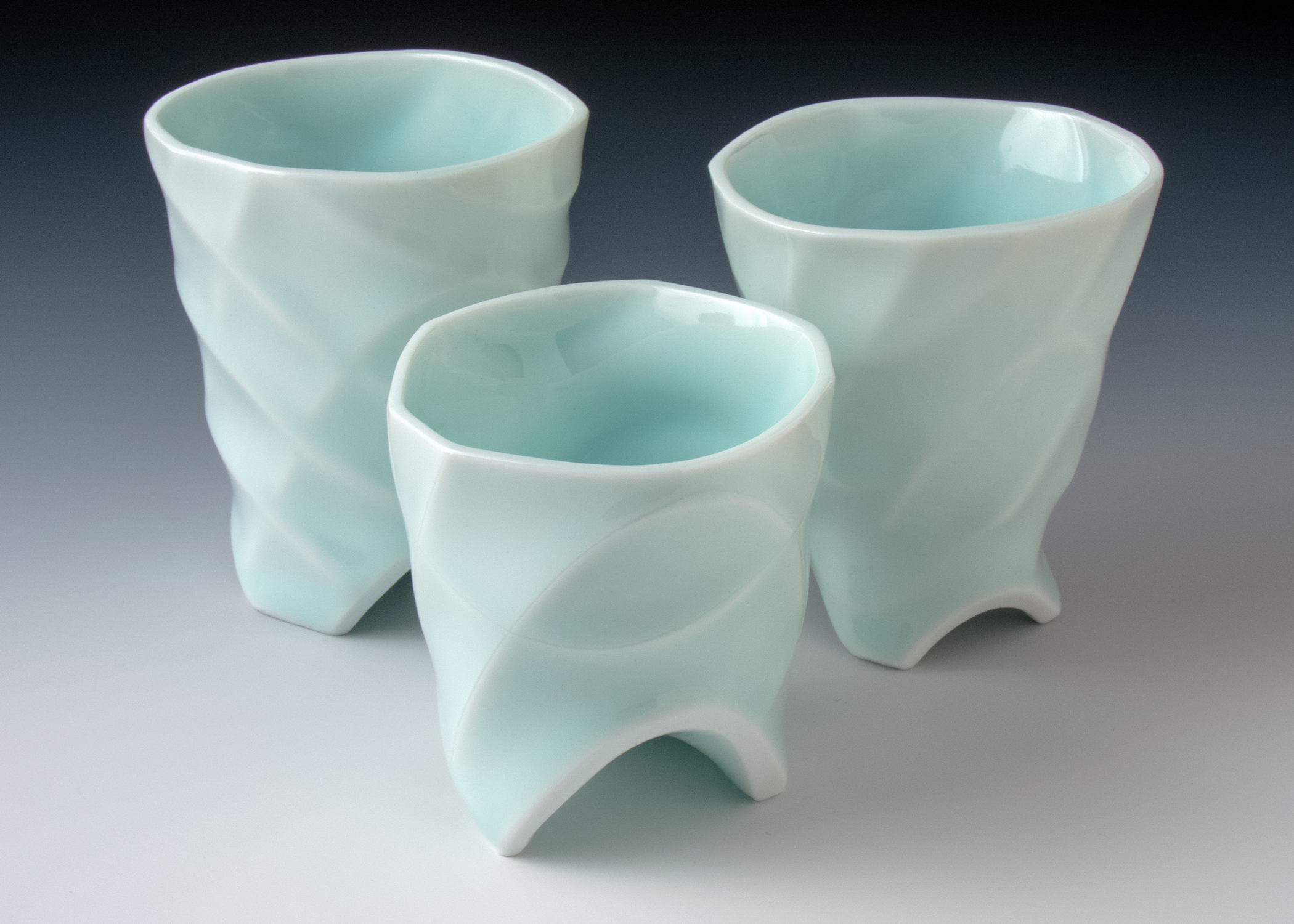 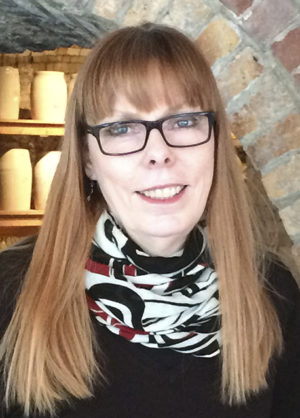